Sam’s Castle was featured in the San Francisco Examiner in June 2015. 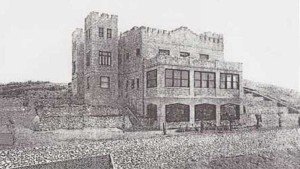 Have you ever driven along Highway 1 and thought your eyes were deceiving you? Right there, up on the hill is a formidable castle in Pacifica. Alas, your eyes were not deceiving you by making you think you were suddenly transported to the medieval English moors. There is a castle right here in the Bay Area, perched high up on a bluff with panoramic ocean views overlooking the Pacifica coastline. And this is not just any old castle-it is a bastion of total and utter weirdness! “I’d say this is definitely the oddest thing around here,” said Kathleen Manning, president of the Pacifica Historical Society. “The things that went on here were incredible. And they’re all true.”